Tax Implications When Foreigners Investing In Real Estate in the US

Realtors are usually not familiar with tax requirements regarding foreigners.

When a foreigner is looking to invest in Real estate in the US, the first thing I notice is that the tax system at where they are from is much different from the system in the US.?

Under Code Section 1445, the seller of any US property MUST withhold 15% of the amount they realized on the sale if the buyer is a foreign person. The seller is responsible for withholding 15%. The sellers must report the withholding on tax form 8288 and 8288-A. They have 20 days after the sale to report the tax withheld.?

If the seller fails to withhold and report the tax, they are exposing themselves to penalties from the IRS.?

So, who the foreign person in terms of the IRS is? Any foreign corporation, foreign individual, any other foreign entity.?

Who is the seller? A domestic or foreign corporation, qualified investment entity, fiduciary of certain trusts or estates. Withholding may also be reported in 1042 under certain conditions.

Another error is that property managers ask their renters for a W-9 to fill out, instead of a W8-BEN-E (entities) or W8-BEN (individuals).?

Buying a Business in the United States

In the acquisition case, the European company would simply put Net Assets at Fair Market Value of the acquired company on its Balance Sheet. Sometimes such a purchase would create a Goodwill or a Bargain Purchase, which is an additional asset or equity. Also,?net income or loss from?the investment?in the US company would be reported together with the Parent?s Profit or Loss.

Now,?as for the US company:?it continues to do whatever business it has been doing.??

As?for its bookkeeping:?it will be based on the agreement with the buyer.? There will be a special invoice from the seller to the buyer. ?It is important to assign prices to each asset so the IRS doesn?t question the assets? values. As for GAAP, you must assign FMV to assets with the remaining amount assigned to Goodwill. The prices must also be disclosed to the IRS on form 8594.?

If this results in an income or a loss- that?s what is reported later during the tax season.?

ALSO, important,?these transactions are eliminated when filing taxes as a consolidated tax return because technically it is just moving money around within your own business?(since it is consolidated as purchased 100%).

In this 1120F it will report Income from U.S. Sources, which means income generated by the US company during the time of being owned by the foreign corporation.??

If the purchase was in a?mid-year, the?US company will have to submit their own tax return on the form they were using for taxes before being purchased (for example, 1040, or S-Corp or C-Corp or 1040NR and 1120 as a transmittal that it is being owned by a non-US?resident (this one is a new law)). ?This will be just for that portion of time when the US company is not owned by the European company. Additionally, the US company will be a subsidiary for another portion of the year and will be listed in 1120F. So,?there are 2 tax returns for the US company if purchased during a year.?

As for accounting/bookkeeping work:?there should be a separate accounting account for the US company and its US source income owned by the European Company. $210- $1,000- $1,500(for complex accounting)

Some taxpayers consider getting a Green Card as a way to lower their tax liabilities because they are under the impression that US taxes are lower than everywhere else in the World.?

Once an individual receives their Green Card, they start being taxed on worldwide income. It means ownership of a non-US asset, pension from a non-US employer, bank accounts, non-US mutual funds, foreign life insurance, tax information returns are all that need to be reviewed and included with your tax returns. Otherwise, you may be subject to severe penalties.?

Even if the Green Card holder moves back to their native country, they are still obligated to pay tax on Worldwide income. Having your Green Card expires is not a way out of Worldwide tax liabilities.?

There are ways to resolve your taxes owed voluntarily. It is up to the IRS to approve your requests or not. You may need to?seek help from a qualified tax professional?in order to minimize your tax burden.?

Every 5 years, US persons are required to file Form BE-10. Penalties for not filing this form can be severe (up to $48,192? and up to one-year imprisonment if the person willfully fails to file BE-10.

According to Harvard Law School, The BE-10 applies to a U.S. company that had direct or indirect ownership or control of 10% or more of the voting stock (or its equivalent) of a non-U.S. business enterprise at any time during its 2014 fiscal year. US corporations must file fully consolidated U.S. domestic business enterprise Form BE-10.

There is a final regulation under the global intangible low taxed income and subpart F income provisions of the Internal Revenue Code regarding
the treatment of income that is subject to a high rate of foreign tax at this link:?

If you are a United States shareholder of a foreign corporation, you must read it.? 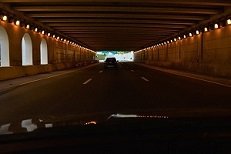 FIRPTA Withholding Requirements: What is FIRPTA? If you bought US real Estate from a foreign person, you may be subject to U.S. income tax on foreign persons selling U.S. real estate or FIRPTA. The tax is 15% of the purchase price. What transactions subject to FIRPTA? a foreigner (non-US citizen, a foreign corporation, foreign partnership,…

Sales Tax or Retail Sales Tax Have you paid your Retail Sales Tax this month? States are adding more audits monthly to find sales tax evasion businesses. You may have to pay sales tax in a state where you ?had (1) more than 200 transactions or (2) $100,000 in in-state sales. If you want to…

Biden Tax Plan Proposal Biden proposes a 10% offshore surtax penalty and a 10% onshore “Made in America” tax credit.? The 10% penalty applies to US multinational companies that manufacture their products offshore. Income outside the US is subject to GUILTI (GILTI is the income earned by foreign affiliates of US companies) now. What Biden…